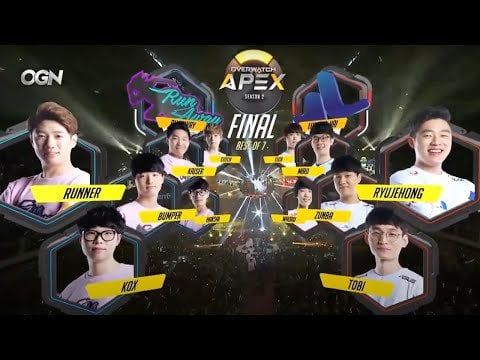 First of all, we’re 24 hours in to the beta and only getting to learn the game in quick play. It’s wayyyyy too early for everyone to be commenting on how horrible this is when you guys haven’t figured out how to play the game yet. On top of that, none of this is final. We’re in the first of probably multiple betas, voicing your opinions is a good thing for feed back, but a lot of these doom and gloom posts are knee jerk reactions from people who are afraid of change, and to be honest, that’s not even your fault. Blizzard left this game high and dry with absolutely no meta change in 3 years. It’s scary leaving your comfort zone and exploring a new version of the game.

The changes in Overwatch 2 require you to actually change the way you play the game as do most meta shifts. It’s not as easy as “Just sit behind my tanks, farm ults, and whoever ults better wins!” Anymore, which by the way is an incredibly unfun flow for the game. No, now you have to use hard cover, read team fights, rotate correctly, position yourself better, and actually learn from your mistakes instead of winning because you have two shields and a bap brig.

These changes allow you as a player to have a larger impact on the game, and allow for more creative plays as a whole. This is undeniably good for a competitive experience. You no longer need to lose games simply because your Ana nano’d at the wrong time or one of your tanks wouldn’t play sigma.

Now I’ve seen a ton of you say “There’s no team work anymore!!! This sucks!” But the thing is there’s WAY more team work, most of you just don’t know how to actually play as a team, you’re so used to just playing the right comp and hitting stun when the enemy Genji ults (lol like there’s been a Genji ult in ow1 comp since like season 15)

On the note of team work: Overwatch 1’s team work fucking sucks. At least 50% of your games in comp are full of people not working as a team, not in voice chat, throwing indirectly by not playing the most optimal pick. Ow2 actually has fluid movement with plenty of play making potential, and rewards the higher skilled player

The truth is that Overwatch 2 feels a lot more true to what the original game tried to sell us when it launched in 2016. A game where DPS players make big plays with the space provided by their tanks, with both roles receiving support from your supports. While Overwatch 1 is dictated by the comp you’re forced to play, and how quickly you can press E to stun and completely shut down a player who’s putting thought and mechanics in to their decisions.

For a reference of what I’m talking about you can watch this video of meta analysis by Custa (Link at the bottom of the post) In it he breaks down old game play of Apex S2 Grand finals, Runaway vs Lunatic Hai in what was considered the “golden age” of Overwatch where play making and team work both mattered and carried games. To be honest, the game play looks an awful lot like Overwatch 2 does.

Personally I spent all night last night 5 stacking with friends and every single game was a blast. Each game was full of communication, learning, play making, and great laughs, even while we were being rolled, and two of my friends had never played Overwatch before, but that did not stop us from figuring out the game and having an absolute load of fun while doing it.

Now, I’m not denying that supports are a tad lack luster right now. But its compounded by the fact that most of you just don’t understand how to actually play support in this version of Overwatch, nor do your teammates know how to play around their supports in this version of the game. Just relax, take your time, and clear your head of everything you know about OW1, instead look at OW2 as a different game and try to learn it while keeping in mind that its only QP and others don’t know how to play yet either.

For those of you that just don’t want to give it a shot because maybe you started playing Overwatch after this golden age ended, maybe try to approach this version of the game with an open mind. You might have more fun than you think. Or maybe this just isn’t the version of the game for you. But understand that this was the approach that was taken after years of people complaining about how unfun this game had become. There’s a reason that a lot of old players are coming back (XQC, Seagull, Aimbot Calvin, Kabaji, etc..), and it’s because Blizzard is moving the game back into the direction that people loved back when Overwatch started.

The link to the Custa Video (I highly recommend anyone watch his series of meta analysis throughout the history of Overwatch as they give great insight into the past of Overwatch and the different public opinions on the game throughout. He’s a great content creator and has been around since the beginning): [https://www.youtube.com/watch?v=R3zAjnq7mOI&t=1203s](https://www.youtube.com/watch?v=R3zAjnq7mOI&t=1203s)